Padeltotal is the Nordic region’s largest supplier of padel courts. Padeltotal is now a partner in the court manufacturer Padel Courts Deluxe (PCDLX).

PCDLX has been a supplier to Padeltotal since 2012 and has together developed padel courts adapted to Nordic conditions. Almost 2,000 courts have so far been delivered in the Nordic countries.

– We chose PDCLX as a supplier from the beginning and have never regretted it. We have had a fantastic collaboration since the start, says Erik Andersson, CEO of Padeltotal.

The companies are now taking the collaboration to the next level when Padeltotal (Trafik & Fritid Skandinavien AB) becomes a partner in PCDLX.

– Padel is here to stay and we see how it continues to increase internationally. With this partnership, we ensure our expansion both within and outside the Nordic region, says Erik Andersson.

The factory, located in Granja de Rocamora in eastern Spain, 40 km from Alicante, consists of a production facility of 13,000 square meters. In connection with the co-ownership, investments are made in equipment which allows the production of 2,500 tracks annually – almost seven a day.

– We have installed almost 2000 padel courts in the Nordics and have accumulated solid experience during the journey. With our knowledge of installations and with courts of the highest standard from our own factory, we are well equipped to continue the journey internationally, Erik Andersson concludes. 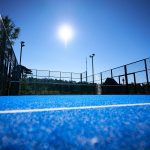 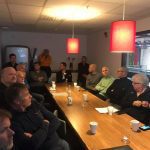 The first network meeting held in Lödde
Scroll to top