Padel is actually quite easy to get started and play, but it is of course good to know the basic rules of the game. Here you can read more about padel rules.

The court is not completely different from a combination of courts for tennis and squash, as it contains both nets and playable walls. As a rule, the playing field should be rectangular.

Artificial grass is the most common surface, but it is also possible to play padel on other synthetic materials, concrete or cement.

The lines should preferably be white or black to contrast with the playing field. The lines must have a width of 5 cm.

In the middle of the playing field is a net. The net must be 10 meters wide and 0.88 meters high in the middle and 0.92 meters at the ends. The upper edge of the net is provided with a white strip of 5 cm, and is allowed to be used for marketing. The net must be tensioned with a metal line that is attached to each pillar just outside the playing field.

The playing field is usually surrounded by glass and mesh that will be available for play. The rear wall is 4 meters high, of which 3 meters should be glass while 1 meter is steel mesh. More about how the game via the walls is described in the padel rules below.

Padel rules – that’s how we play!

Padel is in principle always played in doubles, ie 2 against 2 ( Padeltotal , however, has a special single court ). Players must have an approved padel rack, the rack must always be fastened around the wrist with a strap that sits at the end of the racket. The ball should be a special padel ball that is intended for the sport. The balls look like tennis balls but keep a more reasonable pace in the game.

To start the game, a serve needs to be made. There are several different ways to hit a serve in a padel , but it may only be hit from below or at waist height. When hitting the serve, you should be placed behind the serve line – the back line. Before you can hit the ball, it must bounce once in the ground.

The serve must be played diagonally over to the opponent’s side, the bounce must hit first in the opponents’ server box. After bouncing, it may have wall contact with the glass on the opponent’s long side and short side. The opponent may return the ball either before or after wall contact, but keep in mind that it may only bounce once in the ground.

The score is counted just like in tennis, the first score is called “15”, the second is called “30”, the third is called “40” and the fourth is called “game”. If both teams have received 40 each, it is called “deuce” (also called “equal”). The next pair who then wins the ball has an “advantage”, if they also win that ball it will be a save. If the pair that has the advantage loses the ball, it becomes deuce again, the game becomes when a pair wins two balls in a row.

The first pair to win a total of 6 paper game wins a “set”, to win a set the pair must lead with at least 2 paper clips. This is just like in tennis. If the pairs should end up with 5 paper game each ( draw ), there will be games in two additional games. If it also becomes equal (6-6) after these two additional sets, the set will be decided by a “tiebreak”.

In a tiebreak, it is first played to 7 points won, here too you must win by at least two points.

Padel rules – you lose the ball if …

This compilation gives you as a beginner a good enough insight into the rules of the game to be able to start playing.

A common and appreciated form of play is Americano , where you play by lottery with different teammates and opponents in each match. The matches are short and are played for a predetermined number of points. If this sum is e.g. 24, the match can end anywhere from 24-0 to 12-12. If the match ends 14-10, the players in the winning team get 14 points per player, and the losing team 10 points per player. The points from all matches are added together and compiled in a table. The player with the most points in total wins the tournament. 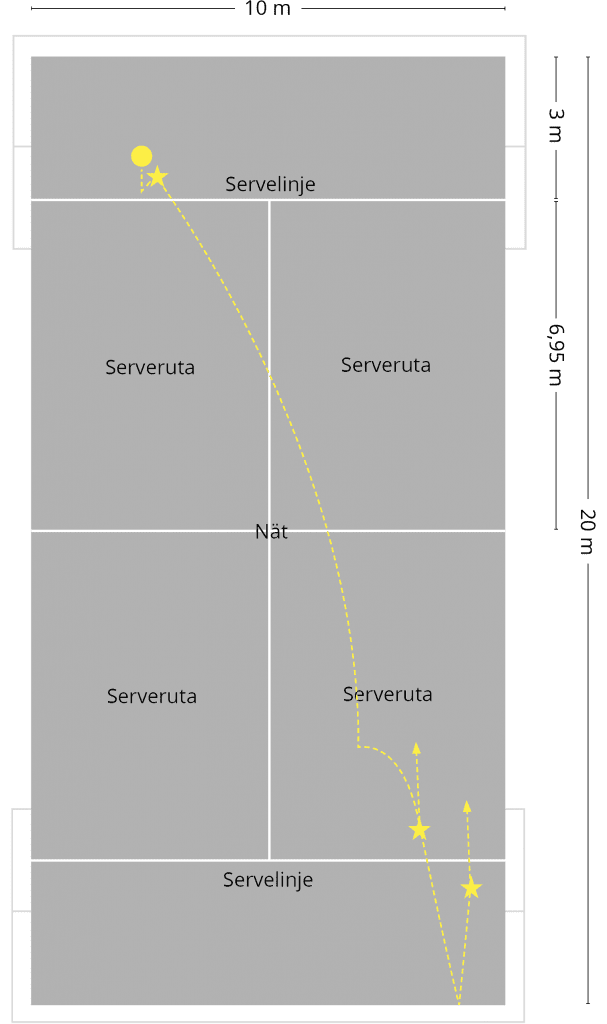